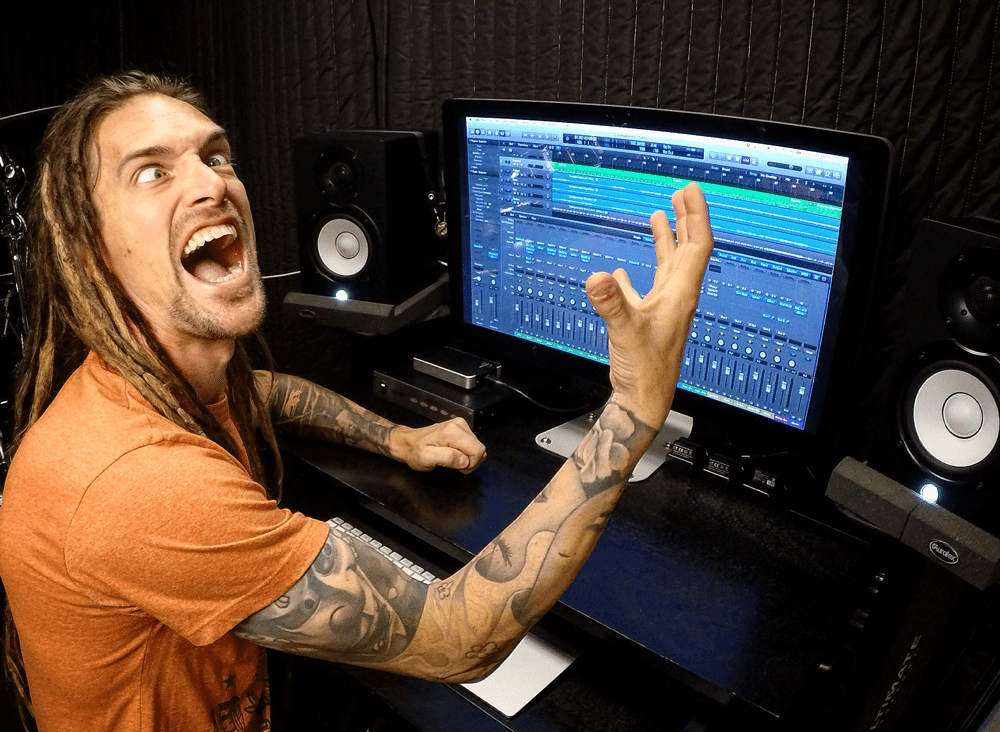 I just love being an Online Session Drummer! I have been working non-stop for a while now. It has given me a chance to be creative in my own space. I can relax about budgets, strict deadlines, and the money that big studios cost. It also gives musicians a chance to work with me no matter where they live in this world. But most of all, I just like being home and I think most of us would prefer to work like that. Just think, less time commuting and the ability to structure my work load the way that I want to… Freedom!
If you don’t already know, I recently held a contest where musicians submitted their songs on this site and I chose what I thought was “the one”. Sean Lock of Greer, South Carolina was the winner. I just finished his track a couple of days ago, and he replied with so much excitement about what he heard. It totally made my day! You Rock Sean!
There were so many applicants that I decided to have a runner up. Gergo Hajer from Budapest, Hungary was that guy. I can’t believe that I’m doing online drum tracking for musicians all over the world! His riff was just out right slammin’. He had that Meshuggah kind of tone and I will be starting that track tomorrow!
Today, I’m mixing drums for a new client, Benjamin Zurcher. He was the vocalist in a band called Sybreed and is now collaborating with some friends of his. It’s all being produced by the super talented Rhys Fulber, who will actually soon be touring himself, by his solo project’s name, Conjure One. This is the second online drum tracking session I’ve done for them, and I think we’re going to do a whole record! I have to admit that this new track gave me goose bumps when I played it back this morning!
I can’t express how fulfilled I feel these days. I’m doing what I love and am loving what I do. I’m providing song writers all over the world with online drum tracks! All I had to do is let go of everything I thought I knew and start putting one foot in front of the other. My support system and friends is who I owe it to. They are my rock and I have to admit that I would be lost some days without their guidance. I’m loving online session drumming and can’t thank the clients enough who have taken a chance to hire me. It’s just unbelievable!

4 Responses to "Update from the Studio | Online Session Drummer"