My middle school years brought me to Walla Walla, Washington, where I was the new kid but known as “the drummer.” Here my parents bought me my first full drum set from a garage sale in 6th grade that I got for Christmas. They saw that I was taking this seriously and I stuck to it and kept practicing. The houses in Washington all have basements, and that became my first makeshift studio. 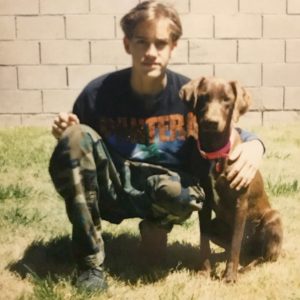 I was in the Jr. High jazz band, featured on drumset solos in concert band and started playing the trumpet. I loved music, but everybody was into sports up there and I did a lot of them. I played football, baseball, soccer, basketball, wrestling and was ice skating with my friends on Friday nights!

In my late Jr. High school days, we picked up and moved to Las Vegas. This was around the early 90s, and Vegas was booming at that time. There were jobs aplenty and housing was cheap. We knew we’d get a better run at life.

My first friend in Vegas, Bill D., a drummer at Garside Middle School, heard about the drumline and the drum camp that was happening in the summertime at Western High School. This is where we played on these wooden boards in front of mirrors for literally 8 hours a day. It’s all we wanted to do! We also started learning about how to play in a marching band. We learned control, matching stick heights, rudiments, which opened up everything for me. 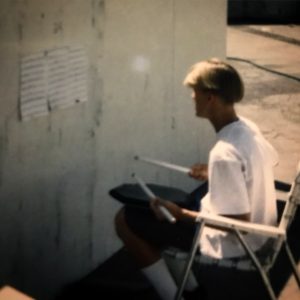 This was the more technical/cognitive part of my drumming experience. Even with all of this, I still never quite learned how to read music (and I still didn’t care to!), but I had this high school band director who wrote some of the music for our shows, and he would show us what he wrote and what to play, so I was still able to participate. We would often have sight-reading contests, and these other guys would get up there and play well, and probably deserved to win, because they could actually read the music, but I would often get section leader roles just by rocking it.

Of course, I immediately joined varsity band and the jazz band at school. Jazz band was at 6:30 in the morning before school, and only the kids who were super serious about music showed up there, and believe it, I was one of them. Varsity band was the period right after that, and honestly, I was only interested in music and not much else when it came to school, so I’d often skip out after my two band classes. 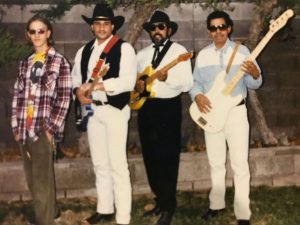 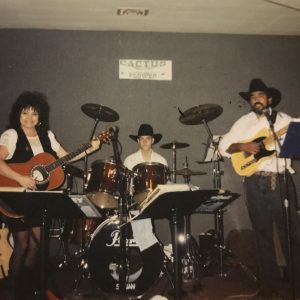 This is when I started to span out into all genres and experiences where I could just get enveloped in music. Bill’s grandpa, “Granpa John” had a cover band called I-80-Express and would play these family parties. This is where I met Mike R. This guy took me with him everywhere and got me started on my path to being a professional musician, “Getting Paid”! We became part of a Tex Mex band and would travel to searchlight for rehearsals. This Tex Mex band was quite the experience! There was an accordion, sax, bass, guitar, and then a 14-year-old white boy on the drums. We played at quinceaneras, at Mexican restaurants, and Mexican nightclubs and everything was in Spanish. I had no idea what they were talking about, but I loved the music. We played everything we could, Elvis impersonating bands, Bob Seger cover bands and honky tonked all over the South Western United States. He taught me how to gig!

I became friends with Bill’s cousin Scott R. and we would sit around and listen to music together, air drumming our favorite records. Band’s like Pantera, Rage Against The Machine, Alice In Chains, Primus, Deftones, and Korn. This is when I formed my High School Metal band Coil. I could write a book about our adventures of debauchery and adolescent angst! 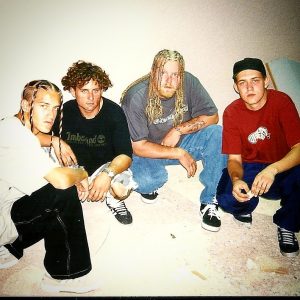